Ford Cortina 50 Year Anniversary. Fossa’s younger sister who has the privilege of towing Fossa to all her events was to also have her day. 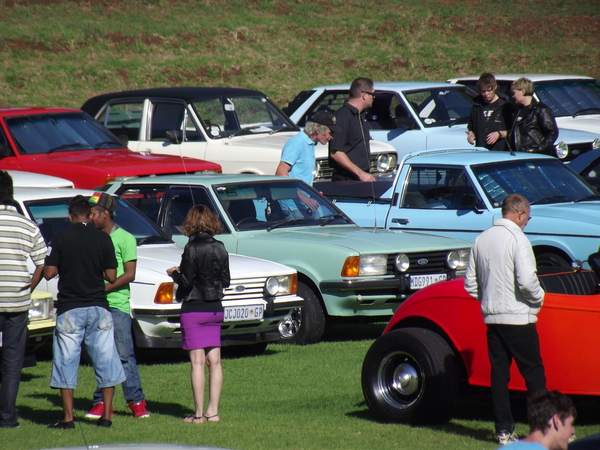 Fossa has once again been a great attraction with many questions asked and improvement advise offered. Remember Fossa is on Facebook under Fossa Ford Anglia! 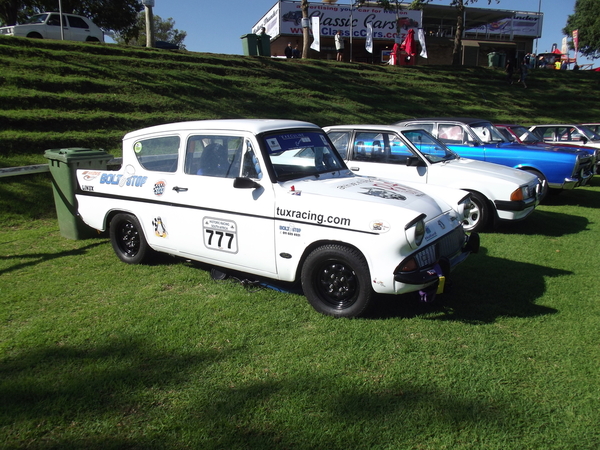 Fossa in the picture again

We met so many old friends and new faces. The motor racing world is getting smaller and smaller.

The event was an incredible success. The back ground sounds supplied by amongst others a brilliant beat boxer and Ballyhoo. When “Man on the moon” ran over the air waves, will never forget.Must admit the whole tuxracing team sang along to their rendition of Pink Floyd’s “Another brick in the wall” as if it was an anthem!

Then there was “Rolling Thunder” which started effectively just before one o’clock. What is “Rolling Thunder”? The majority of classics in the arena started their engines including Fossa with her beat and the V6 of the Groen Bliksem. After a short warm up session and clearing of the throats, finding the right pitch, all the classics sang together with AC/DC Thunderstruck in the back ground. Gooseflesh! 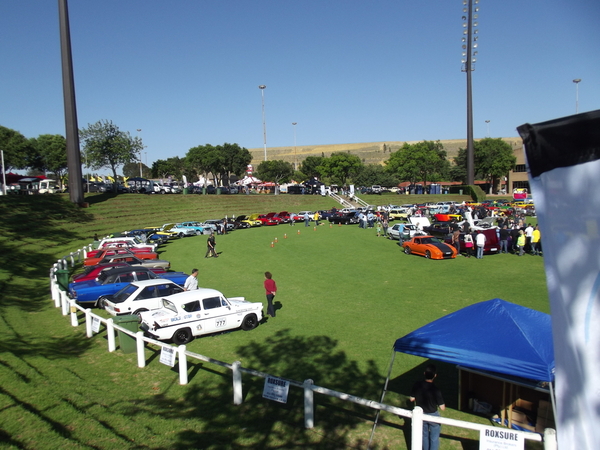 Fossa in her choir position

Sun tanned to a frizzle, but a good day!

Zwartkops Raceway next, 03 November, Midas Historic Tour! See you there!