With TraxDay looming on the 7th of April, race at Zwartkops on the 13th and entries closing of the 5th ………..

The whole reason for pulling the engine so soon after the last race was to prevent high pressure heading in to the next events ……. 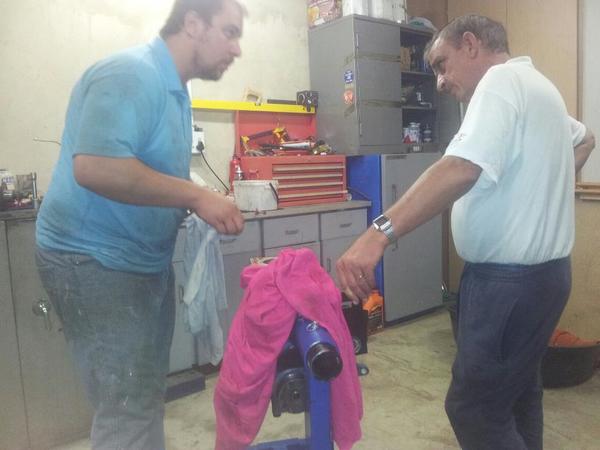 Johan De Kock at work on the sub assembly

Decisions had to be made and Johan’s seemed the most viable for a speedy and cost effective solution. Then follows a string of other expenses.

The sub comes without a usable crankshaft. One of ours goes 20 thou. And has a previous flywheel bolt broken of inside which will now probably have to be arc extruded.

The pistons exceed past the block due to the block being cut down with an estimated 5mm to increase compression. (Thicker head gasket required). This also leaves the challenge of the valves clearing the pistons using one of our two camshafts. (Both brand new profiled of which the most reputable showing lobe wear after four heats)

And then due to all the variables – “Plan B”

We decide to start with the repairs of the “original” block as all we actually really needed was a crankshaft. It would not be ideal but would have us at the next race. It is a slow start but here goes ……. 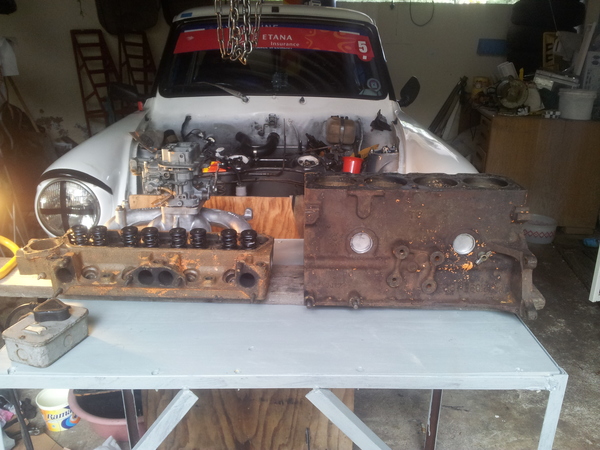 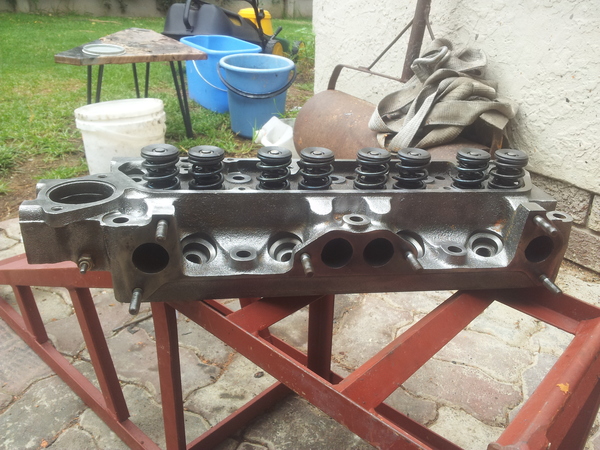 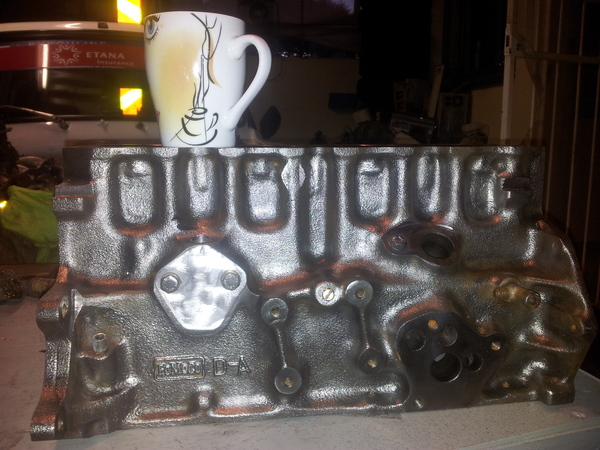 Followed by the block 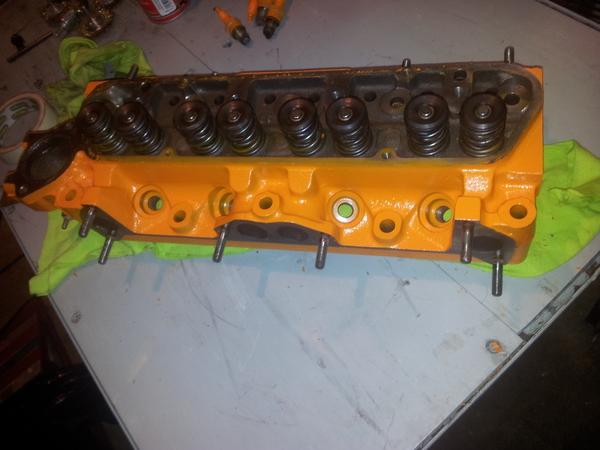 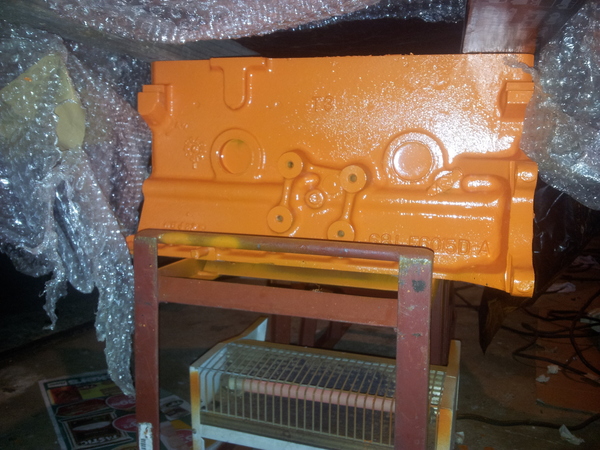 Tomorrow, workshop and remaining spares cleanup, Tuesday have the second crankshaft machined. Acquire the required main and big end bearings, piston rings, small ends, gasket set, oil ………..       How do you run in an engine during a race? 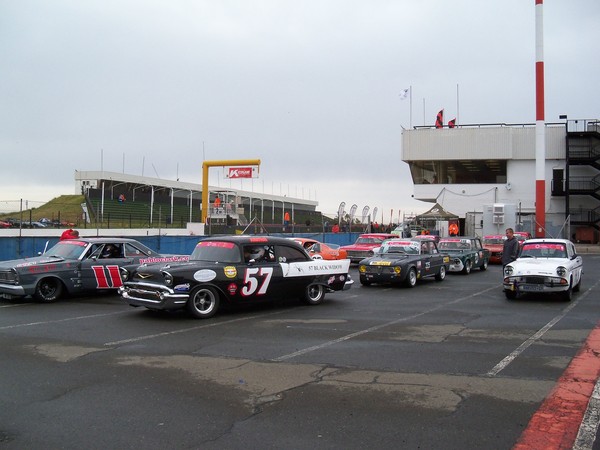 16 March, Good and Really Bad! And Fossa’s friends in “DARK PLACES”. And another Go-not-so-Pro failure ……

Qualifying: Kyalami started with rain to VERY wet. Our qualify slot was scheduled last and we enjoyed a damp track with some wet spots. The work done on Fossa’s suspension makes her feel much more stable and I found I can throw her through some of the corners. A weird noise at higher rpm’s made me wonder if she was pre igniting. The truth will show it’s head a little later. 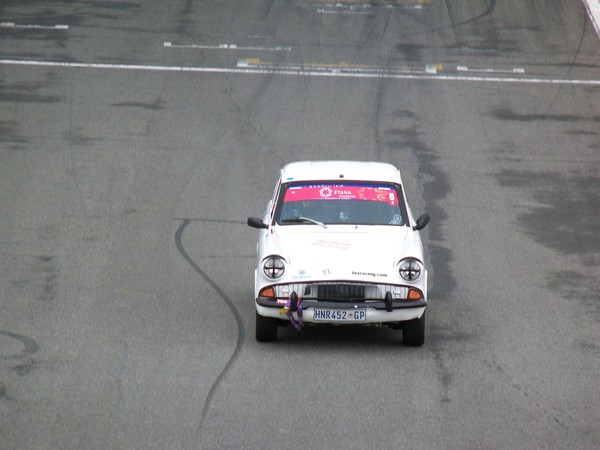 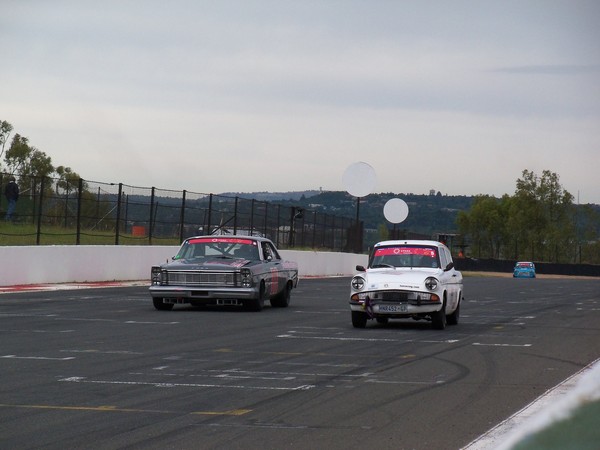 Fossa being over taken by Jackie Scheckter in his “Battleship” Grey Galaxie! Pic: Annalie Visagie

Heat 1: Due to the suspected “pre ignition” I set her timing back six degrees at racing rpm’s. BIG MISTAKE! She lacks power and to get some speed I have to keep to lower gears with an attempt at extreme revs which she refuses to exceed five thousand rpm and I reciprocate by trying harder. And I for once had a black mark 1 Cortina in my sights. EPIC FAIL. We do manage to finish the heat. 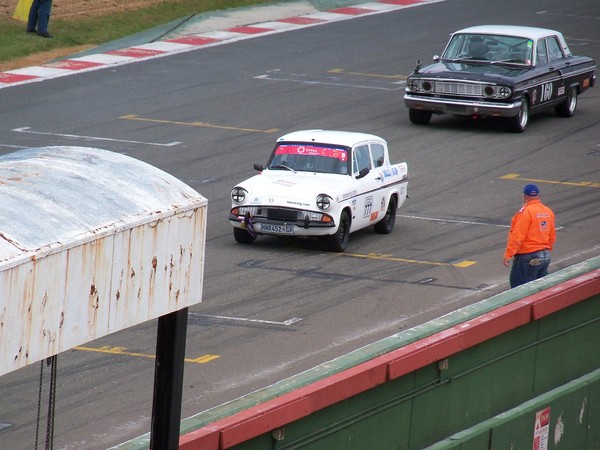 Fossa lined up with some Mammoth company behind her. Pic: Annalie Visagie

Heat 2: We advance her timing with six degrees and some power is returned for my use. Something still does not feel quite right. We line up on the starting grid prior to our rolling start WITH THAT BLACK CORTINA in our sights! We get our starting orders, I let go of the clutch and Fossa promptly lifts her left front tire from the tar! Unfortunately that is her last spectacular move of the day as the “pre ignition” return and I retire her two laps in with what turn out to be a damaged big end bearing on piston no 1. 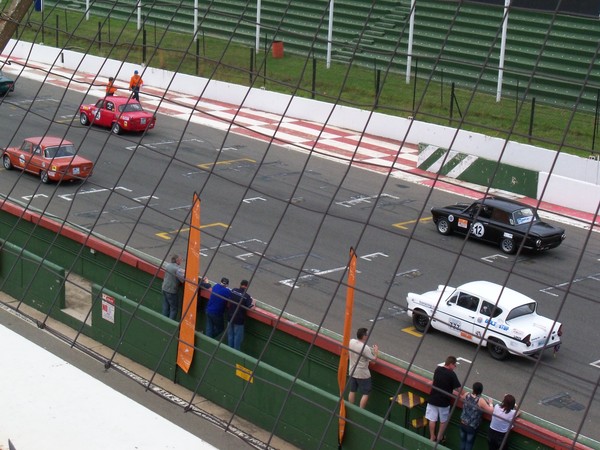 We recently had some work done on Fossa’s radiator and sump at a engineering company. The work on the sump was to improve the condition of the sump plug thread. After their work done we had a greater challenge sealing the plug than before. Once again leaves me with serious reservations about using outside services. What to do? We can not grind a crankshaft ourselves …….

In a bit of despair one of Fossa’s friends in dark places, Shane Venter comes up with a solution with a complete secondhand sub assembly! Thanks Shane! 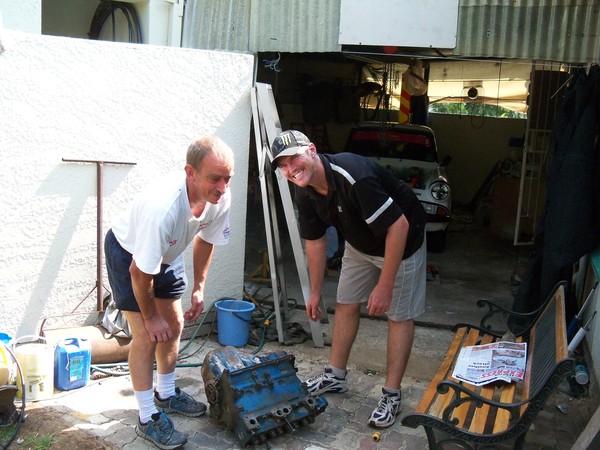 Unfortunately the crankshaft is not in a condition to just do a slip-in, but we now have a desired 711 block that can be prepped as a backup.

The story does not end here, Johan De Kock, himself an “ex”-historic Mk2 Escort racer, has another sub assembly straight from a race car that can possibly used as a complete replacement.

And in the background time is running to our planned test, 7 April, Super Traxday, Zwartkops Raceway ……

We have done a lot of work on Fossa and it seems to show, the proof in the pudding though.

New radiator purchased and fitted. The radiator is slightly taller, narrower and thinner than the original. It is manufactured for the Kia Pride witch apparently is a Mazda manufactured Ford Festiva. 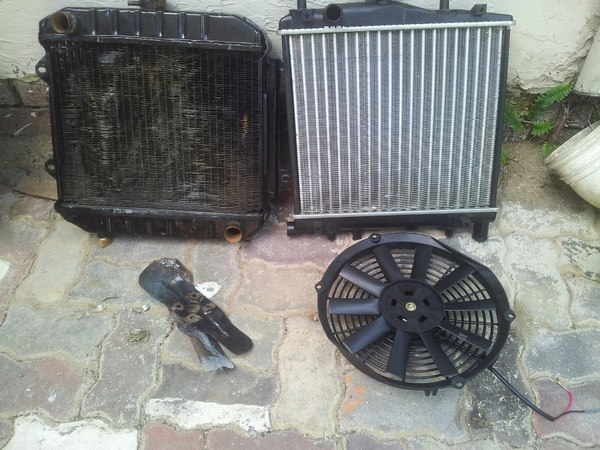 We have for now retained the original four blade fan and have added a 9″ push fan wired to a switch inside the cab. Initial tests show good results running the mechanical fan alone, but on the race track the scenery can change drastically.

While lifting Fossa for fitting of the radiator the rubber housings on the top of the struts showed tear’s. Being a slightly old car it seems an impossible task to replace. We have however tracked down some adjustable camber plates which fit without too much modification. 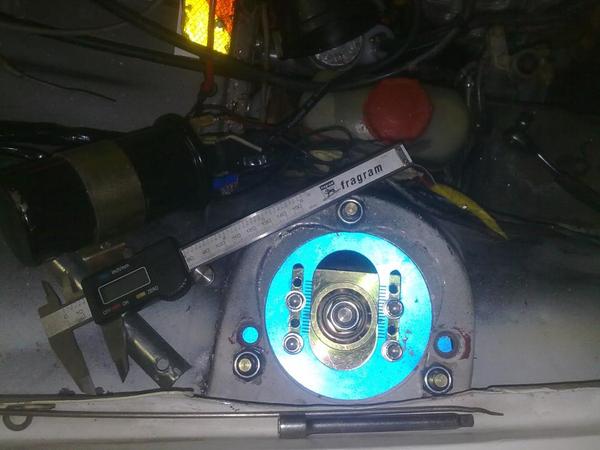 Adjusting camber to negative will be very easy with coil overs but we are not allowed this functionality in Pre66. With the large spring carriers on the strut we should only be able to get maybe 4 degrees negative camber. She also now sports new shock cartridges.

We have also fitted a secondary electric fuel pump with switchable operation from within the cab.

And Fossa is only short a good chassis and body wash for our next big test at Kyalami! 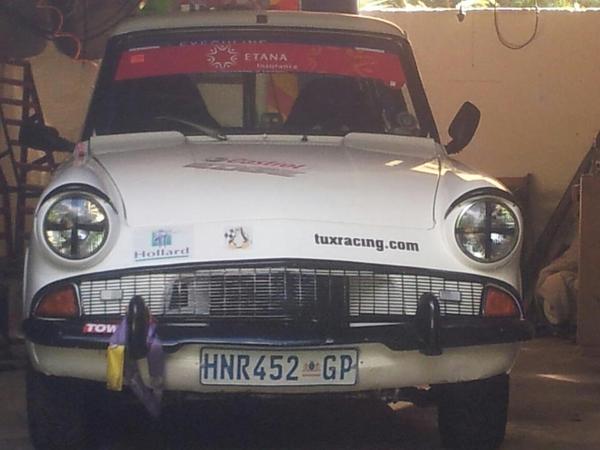 Fossa is waiting for action