well, it’s been a few years.

You all know our Fossa Ford Anglia. In the past two weeks we acquired these two babies, 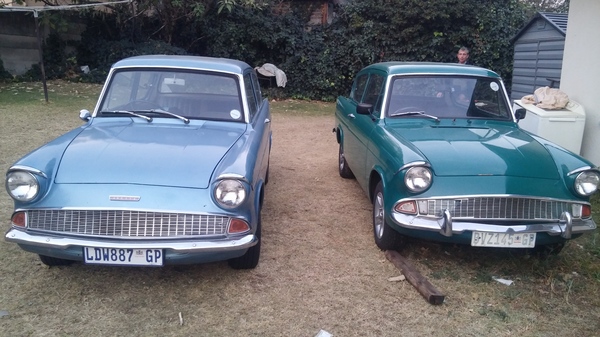 Say hello to Roachie, the blue one, Chris “The Roach’s” new car and Rhino, the green one, our toy. 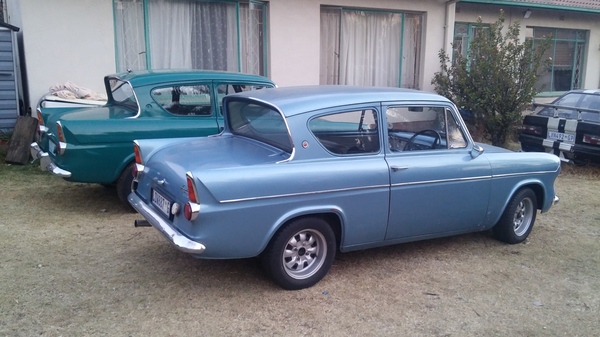 I can not even recall when it became law in South Africa that you had to wear a seatbelt, I do remember it was an extreme change of habit. 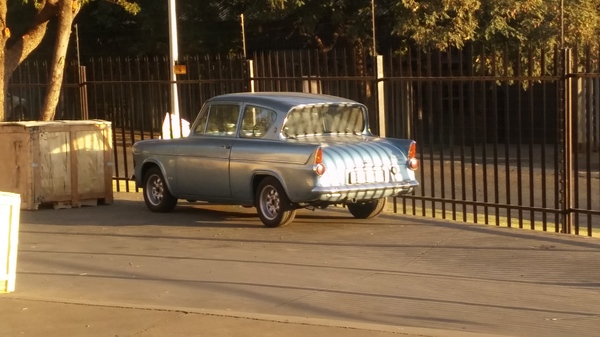 Well, Roachie Ford Anglia is a pre65 model and was manufactured before the seatbelts were installed in to these wonderful machines. Apparently today was “Take your Anglia to work day” and we decided on her. Excluding her 1600 Kent engine, Roachie is dead standard, even still has her drums brakes all-round.

I climb into Roachie, out of habit I reach for the seatbelt to find clean air, realization strikes. Roachie behaves reasonably well. She is shod with 185’s and her 1600 under the hood has no problem putting her into a drift in any gear, around corners. Fun, yes sure, on standard Anglia seats with zero belts, a challenge, but fun. Standing start at the traffic lights Roachie runs out of gears in seconds leaving everything else behind her. To the off-side, cruising at 80 Km/h I find myself looking for another two, maybe three gears.

Both of them are scheduled for a spay job, still deciding which one first, but first, tomorrow I will be on Fossa’s engine ….