We are planning to test our new Frankenstein engine. Using a chatting application the South African Ford Anglia Club start getting themselves excited …..

These little classics are truly amazing. They have a big following in the RSA and more and more are popping out from under their covers, barns or wherever they have been hiding. Me, for one, trust that this trend will continue.

Shortly after arriving at Zwartkops Raceway we spot two Anglia’s. These would be the only ones to arrive due to distance, status of cars and member working shifts.

Pre event NOOBS are called to the COC’s office for instructions. The two Anglia’s of Danie and Peet line up and take up position on track to get an idea of the “race” lines. The two Anglia’s on track look fantastic! Their cornering a strong reminder of Fossa a few years back. Meanwhile, I negotiate a short stint with Fossa and the other two Anglia’s for an on track photo or two.

Danie and Peet exit the track with that first signs of glowing addiction. I have the idea they have been bitten. Their first stint arrives ….. 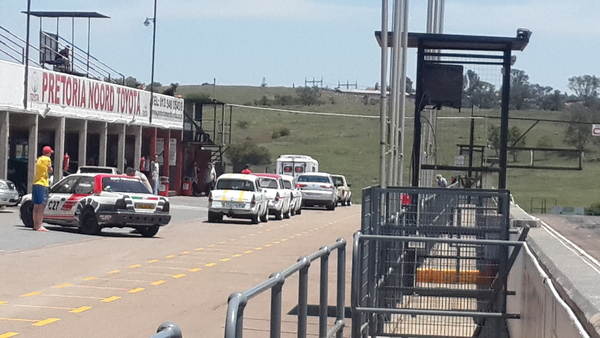 Fossa first in line, we enter the track as I am trying to plan a photo’s I wave the two following Anglia’s past. Now it gets tricky. The rules of the track days include no tailgating with good reason …… All I can hope for is a small chance to get all three in one shot. 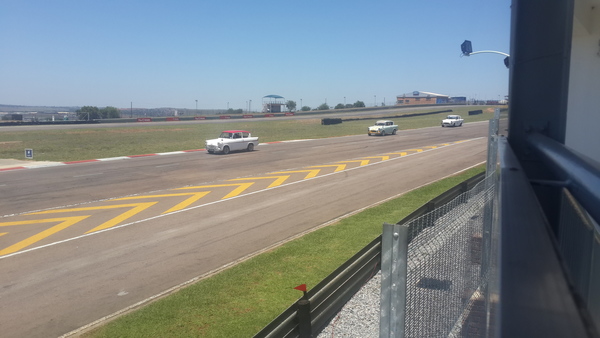 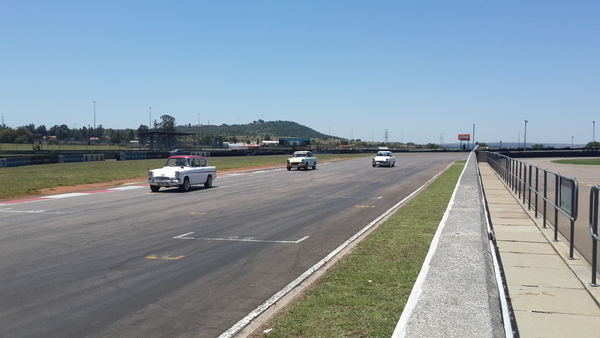 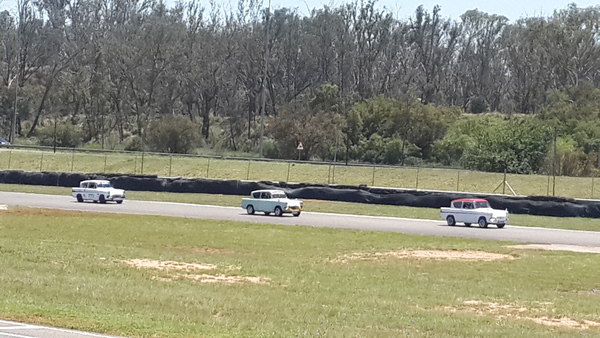 And the three musketeers down the back straight

After the two agreed laps, I withdraw Fossa and return to the pits to get ready for the first reason we are here, testing Fossa.

Entering the track, something have changed from our outing with the other guys a few minutes earlier. It feels as if Fossa is running against herself, if that makes sense. Then suddenly going down toward the final corner she seems to clear her throat and speed up nicely with a just as sudden appearance of oil smoke. I immediately take Fossa off track and wait the session out. Back in the pits the source of the smoke is quickly identified. She is blowing some oil from her filler cap and this made contact with a glowing exhaust branch. Other than a blown head gasket, something with a crack or rings not seated it is a mystery that showed it’s head a Kyalami a while back. I suspect unbedded rings causing blow by increasing the crankcase pressure to a level that does not allow for the oil pumped to the head to return past the push rods to the sump.

Meanwhile, Danie and Peet are growing their newly found addiction …. 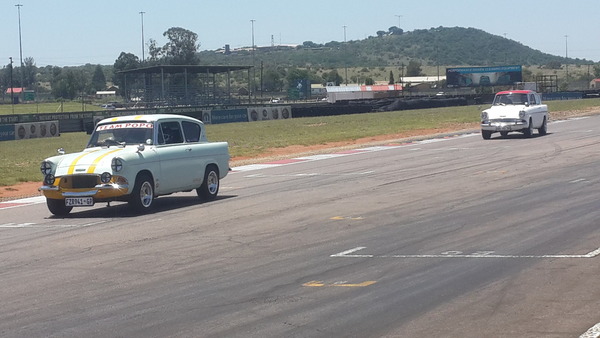 Other car-less attendee’s, Francois, Andre and Roy from the Ford Escort club look at he Fossa situation and offer advise ….. The guys go out again. Danie has his first red flag incident managing to loose the left rear wheel, luckily with virtually no other damage. Peet takes his grandson on the experience of his life. The look on that kids face something words can not describe. Imagine the stories he is going carry through his life, his grandfather, a Ford Anglia and a racetrack ……

A temporary fix suggested by Roy have Fossa out on track for another two stints. First stint I have The Roach as passenger and stint two I take Danie who is currently in the process of building a race Anglia. Pulling out of the pits, I am immediately on the power and out of the corner off my eye it looks as if Danie is analysing his new found situation, perhaps a place to hold on. I enter speed mode and only return to Danie’s presence when Fossa indicates temperature overdose.  This way Danie can experience our setup and experience gained. With so many ways to setup cars, maybe he finds something he can use.

Overall a FUN day and a day new addictions have been established. As for Fossa, I will be on that engines in a few minutes from now …. Passion of Speed 2017 is around the corner!!! 😉