The plan was. The next round of the Midas Historic Tour is on the 16th of August at the Phakisa Raceway in the Freestate. One day we do want to race there, however due to it being quite a distance we do not have the funding and we have dog children that have to be fed and given their creature comforts.

Our next race was planned for the 11th October at Zwartkops Raceway. Then ….

Zwartkops Raceway have this event, Extreme Festival. We have attended a few of these at Zwartkops and one at Kyalami. Chatting to Mark Du Toit, I always said the event is short a historic race ……

On Thursday I receive an e-mail with notification of an event “Golden Age of Motoring” at the Extreme Festival. Once again the mind races. Thursday evening, Friday morning decision made and entered!

It will be our first outing with our settings applied prior to Kyalami and I am looking forward to another second or so. After an enquiry about eligible cars, I spoke to Mel and the plan is to limit the age of the cars to 1972 or older. Very interesting! It is going to be like a lucky packet or if you want, like a blind date ……Promises to be fun!

Today had me fit our newly imported high pressure/high volume oil pump, new oil and oil filter. Only tyres swop, a chassis and body wash outstanding and Fossa is ready!

See you at Zwartkops Raceway, 9 August!

the most difficult heading to date with a mild headache and a smile …..

Searched high and low for a source of updates around the Kyalami auction …. then a brain wave, watch tweets. Heard it was to be at noon, then to be the last of X auctions. We are very busy at the office and I am hopping on to my cell to follow progress. Then the tweets start, fast and furious and it is over faster than a race event at the track. Then the feared tweet, it has been sold. To a phone bidder. I walk up and down like a caged cougar in anticipation like waiting for bank approval on a 1965 Ford Mustang 350GT … Who bought it? My mind racing, weighing up the good and the bad …. Then a relief unexplainable, the new owner, Tobie Venter, Porsche SA! A nightmare has come to an end.

My source of GOOD NEWS, Thomas Falkiner’s tweets! Thanks Sire! 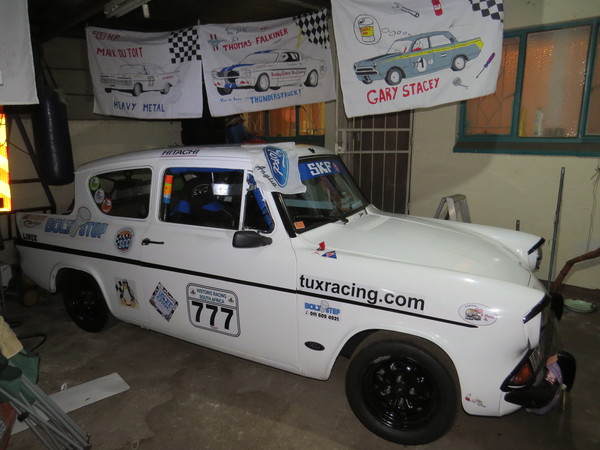 Thanks to Toby Venter, we will run the gauntlet again!

From all real Petrol Heads, thank you Toby! Much appreciated! 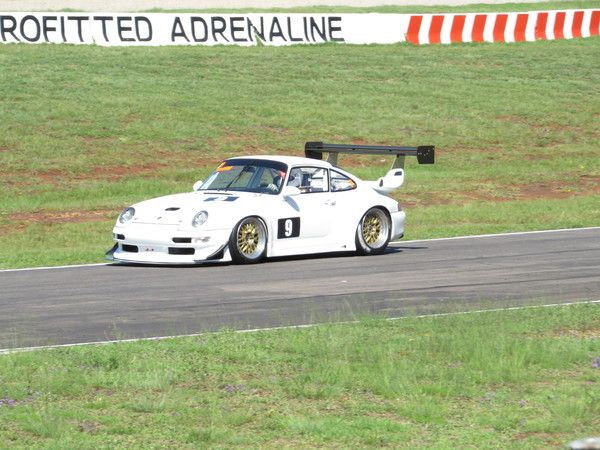 As the sun sets over the Kyalami Grand Prix Circuit, we know and are thankful that this remains a race track. It has been a hard day, I am clocking out. 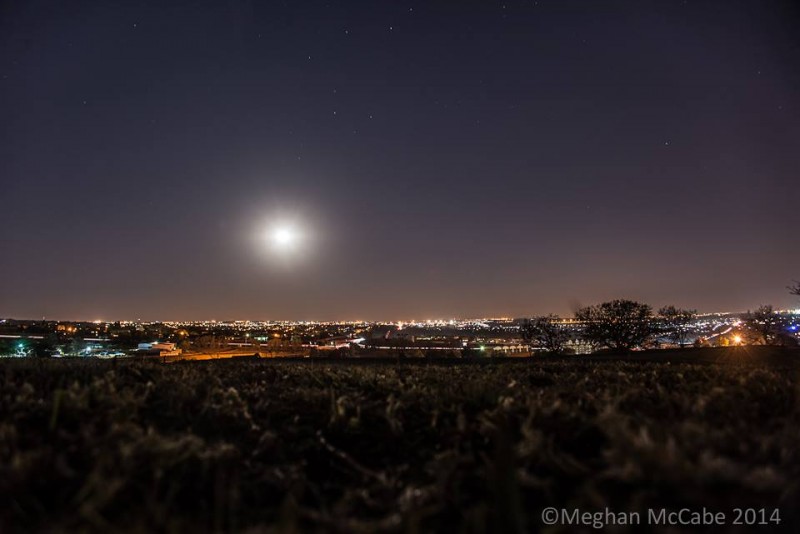 YES IT IS! Tomorrow a land mark, a place of history, the Kyalami Grand Prix Circuit is going under the hammer. A very brief history of Kyalami can be found at Wikipedia. Many books have been written.

I can recall a time when I was a regular visitor to the track for many different races. My first outings when I was of an age to remember was in the very early eighties. Once our high school boys were offered an opportunity to go and sell a cold drink product called Quindrink. Up to that stage cold drinks were really sold in returnable glass and these drinks were sold in plastic with a similar shaped base to today’s plastic containers. All in all we did not sell much of the drinks as the spectators were probably more interested in their harder drinks. At least there was racing to watch!

My next outing was with a friend, Andre Vermaak, on the back of his Yamaha RD350. I was car crazy, he was bike crazy. I think Russell Wood sounds familiar to me. Back to the journey. Leaving Kempton Park down Allandale road. Both young and “normal” and despite the Halfway House cops vicious reputation, riding the powerband …..  From the start of Allandale road it was veld stretching as far as the eyes could see. It actually made the distance feel incredibly long, even on the back of that “horse”. The first “civilisation” you would encounter would be to turn off the main road to the right and visit Halfway House. The area had very much a “farmy” feel to it and the town basically had a bottle store, a cafe, a bottle store and a church …. A long story? Well it felt far away, very far away. And I want to imprint the fact that there was NOTHING for kilometers, a sensible place to build a place for the melodies of motor racing.

Heading out of Halfway House, so named probably due to it being mid way between Johannesburg and Pretoria, and back towards Kyalami. A few kilometers further cresting a hill, voilà, the Kyalami Grand Prix Circuit. It was the day that the Ford Cortina Interceptor made it’s debut with Sarel behind the wheel of one and the second driver, Geoff Mortimer. Being a Ford fanatic this was a day to remember. I took pics on the day armed with one of those 110 camera’s. My dad was contracting in Swaziland and I could hardly wait to share the pics and stories with him. Sadly he passed away on route home.

My next outing was with oom Kobie Smal, Tools as known on the citizen band. For the time, he had in my eyes spectacular camera equipment. Once again I was armed with a 110. Developing negatives and have prints made cost an arm, a leg and a half a kidney those days and some of my spools were never developed, Once again, I was there for the Cortina. Also the day the Ford Escort Fury was launched. 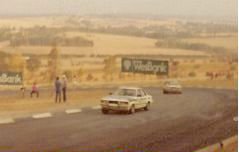 This was followed by a Nine Hour or two and many other races whenever funds allowed. I think entry at times was something like R20, but R40 could almost fill our Cortina’s 65lt tank.

In the early nineties the track was redesigned due to various reasons. My opinion, it should never have been changed. Then surrounding property became mini factories and even now residential properties are being built across the road. And then people of not so bright minds buy knowing there is a race track across the street to complain whenever there is an event. Baffles the mind ….

After a long absence from motor racing, we started attending and became fans of the historic series. Fossa had her first public exposure as a future race car at Kyalami, 21 May 2012. She was inspected for changes to be made before she would qualify.

At our first race at Kyalami we had to withdraw due to some overwhelming challenges and pre race nerves. Since then we have had a few visits to Kyalami with mixed results. Since middle last year Fossa has been more reliable and I have had the opportunity to start learning the circuit. Our last visit 12 July proved a lot of fun and an extreme learning curve. With some practice here we can cut off a lot of time …….. 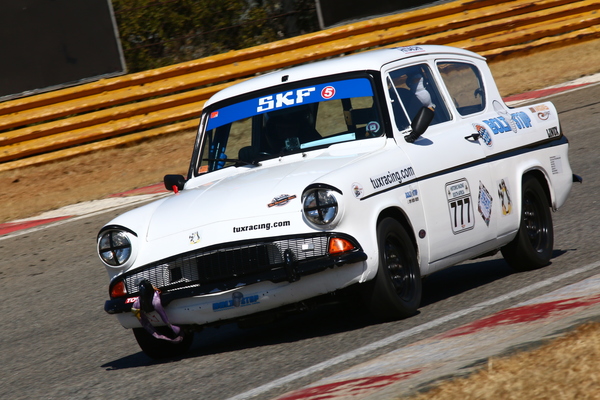 So many rumours about interested parties ……. some who will and some who won’t …..

A place that should be declared a national monument. A tragedy or a victory. By tomorrow this time we should know.

I FOR ONE ARE HOLDING THUMBS!