Ya well, heard about a marshalls training day at Kyalami, A friend Nick Van Wyk sends me a message on Thursday, they need more cars and we need some running in time, a perfect match. We are asked to do some “stunts” to test the marshalls. Our first stunt, run into the kitty litter in the Bowl. Never been in kitty litter before I find Fossa can probably be a beach buggy running way deep. The marshalls arrive, ask if I need assistance and wanted to push Fossa out, simply release the clutch and Fossa drives straight out. Stunt two: A Marcos will simulate a breakdown in corner fourteen, I must overtake a Capri under double waved yellow. I catch up with the Capri and start the illegal overtaking manoeuvre, as I pull in next to the Capri ……. same place as 8 November 2014, something starts going …….. the marshalls get some real work!!!!! 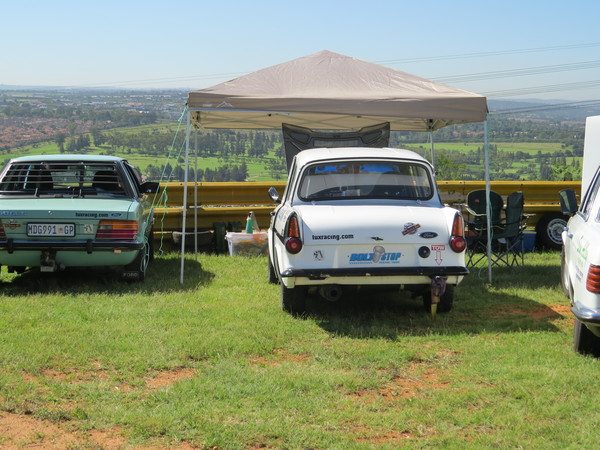 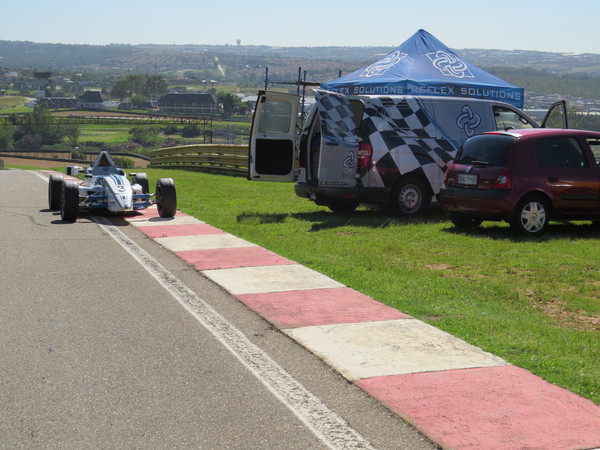 All kinds of cars 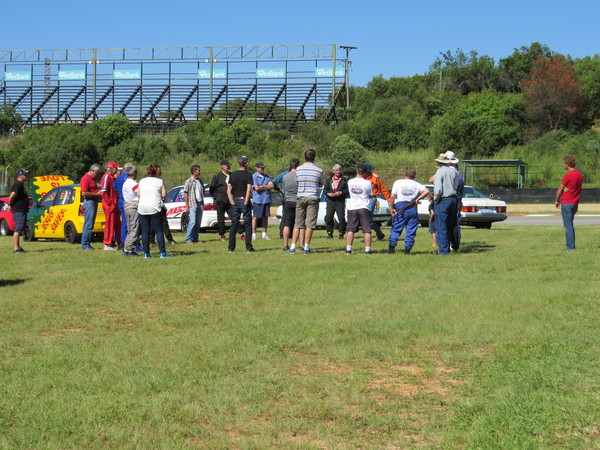 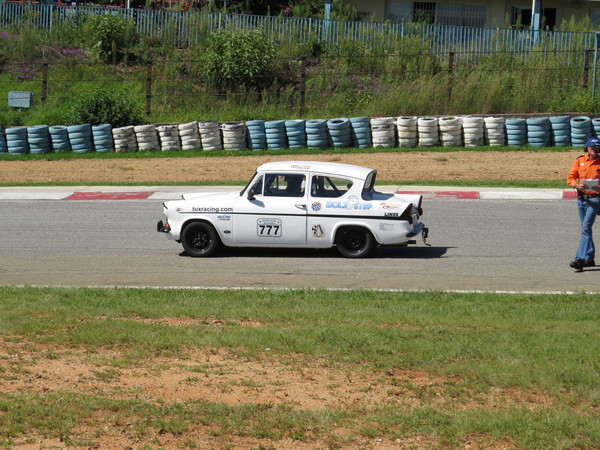 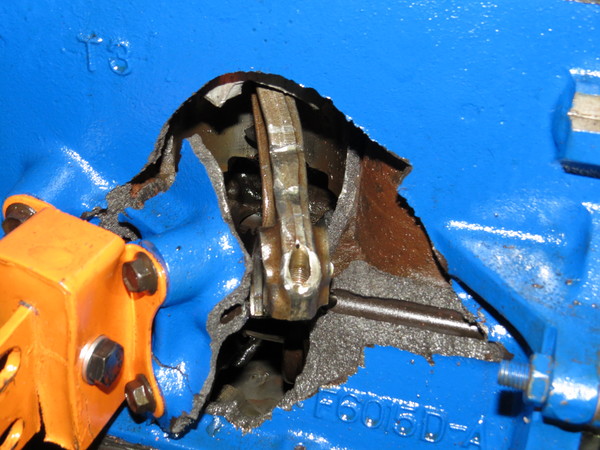 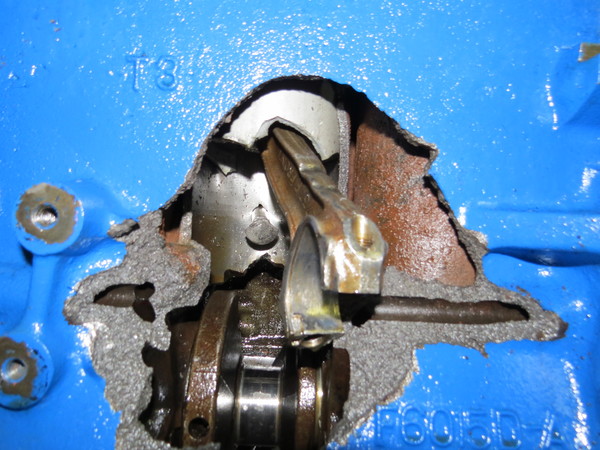 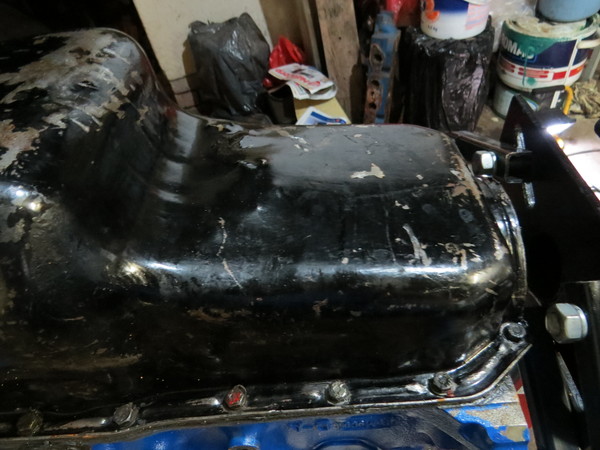 Eight weeks! Fossa is back together at last. This must have been the longest time to date that Fossa’s engine was disassembled since we have have started working on her in February 2012. 8 November saw us running her no.2 big end bearing and we did a first start on her rebuilt engine on the 4th of January.

Feedback: Initially we planned to use our AX block, during assembly for some at the time “unexplained” reason the sub assembly “locked up” during cranking with a crank handle. We had two sets of new 10 thou big end and main bearings from different manufacturers. Despite both sets allegedly being 10 thou oversize they measured different thickness’s. I started by using the thickest of shells, using plasti-gauge measuring perfect spec. Suspecting a problem with the block I moved everything across to our old block and experienced the same “lock-up”.  Fitting the thinner shells had her turning over smoothly.

Camshaft: Our 244 Kent profiled camshaft still looks new on the lobes, the same can not be said for the gear driving the distributor and the HPHV oil pump. We then purchased another “244” camshaft. 244 in inverted comma’s, because our previous 244 camshaft measured correct against the spec’s given with a duration of 290°. Our new 244 cam have a duration of 320°. If now you feel confused, please do not feel alone. A decision to use the new “244” camshaft did not come easy taking days of measurement, discussion and doubt. The doubt part still remains.

Carburettors: We planned to fit our 40DCOE Weber carburettors supplied by Philip Pritchard. This would mean to move the master cylinders and some assembly to integrate throttle action etc. All the materials for the move already purchased but with time starting to become a issue and the need for the correct jetting set that idea aside for now. We may or may not get a pedal box later this month, if not I will build one and move the master cylinders indoors.

Engine mounts: During her engine removal we saw that her right hand engine mount also cracked. Using our friend Google I found images of standard Anglia engine mounts with a bolt through being used for racing. It is a extremely rigid solution as an idling Fossa proves with the slightest vibration being transmitted through the chassis. It is fine for a temporary solution but I will be acquiring some poly urethane to replace the old rubber in the mounts. EDIT: Got the polyurethane and rebuilt the engine mounts and gearbox mounting, Good results! 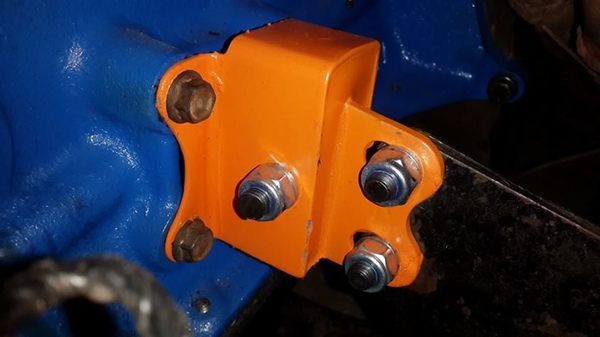 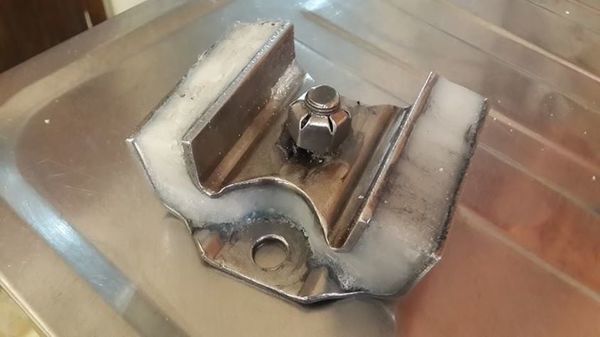 Fossa Ford Anglia moved on her own power today, pulling her out for a wash and a slow lap around the block. Her engine feels a bit stiff and her steering wheel has gone off-center. Some more running in and verifying steering connections on the cards.

Only one weekend left before HTP and another week before The Passion Of Speed at Zwartkops Raceway!