To race such old machines, mechanical failures will play a role. It is not in everyone’s budget to rebuild engines, gearboxes and differentials after every race, every now and then you have a setup that stays reliable for a while. We have experienced that, this year ending with engine reliability.

Quite often our last race feels like our best race. Mainly due to our budget, I always try and race Fossa with some preservation in mind. In our last race with her apparent differential failure it was as if most of that preservation went out of the window. Normally with a noise like that I would have probably withdrawn from track action. Exactly what fueled me, not sure. And in that second race chasing that Porsche ……. adrenaline overdose, maybe. 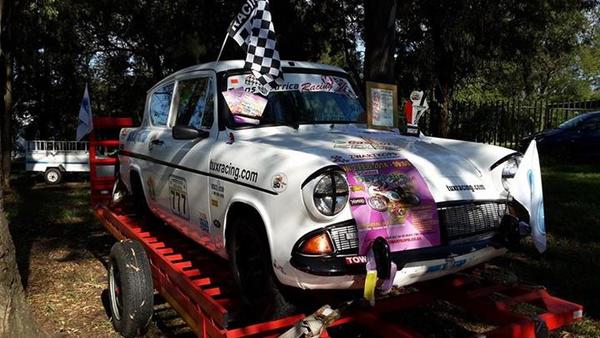 Fossa on her trailer complete with appropriate flags, poster and pamphlets

We took Fossa out for her final official outing to the Piston Ring Club yesterday. Fossa recieved quite a few visitors, a couple known and a lot of new admirers. All of them leaving with a “International Historic’ event pamphlet. We were parked with the newly formed “Ford Cortina Fun Club”. And we also had some special visitors, Riaan, Ericka and eight month old Anika Jonker all the way from New Zealand. It was a nice change, thanks! 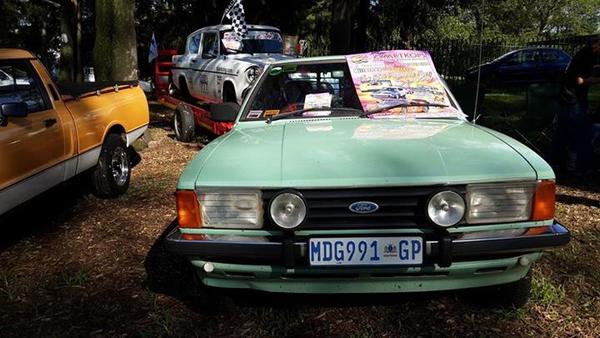 Fossa’s big sister with yet another poster and pamphlets

Believe Gerdus is taking his Locost to Midvaal Raceway tomorrow, but despite being on annual leave I will be heading to work to go and off load containers.

Once again we thank BoltStop for their assistance in 2013. Really much appreciated. BoltStop is also involved in motorbike racing having two bikes in action. 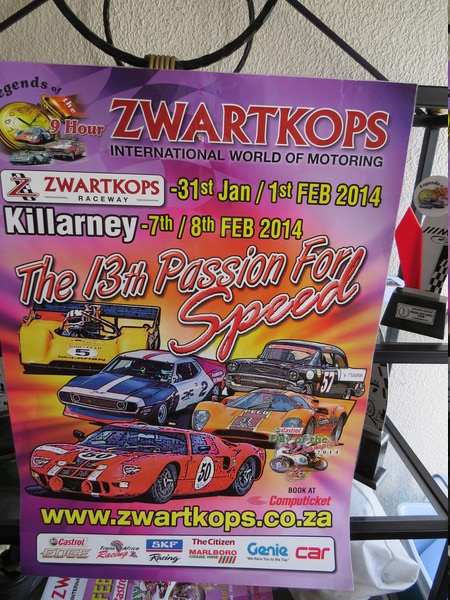 We still have not tested Fossa’s new differential ratio …… We will probably only be able to sus out that configuration during the free practice on HTP day, 25 January and Super TraxDay, 26 January.

In Sebenza at a Caltex which is a regular stop, I found a ……. I wanted to say a gentleman, but he is Italian and therefore an Alfa supporter. Not unknown to Sarel Van Der Merwe as Sarel wiped out their “Alfa” many, many years ago. Maybe because it was an Alfa! Salvatore Gaultieri, known as Salvi. Salvi helped his son in preparation and setup of his own business and says he is ready to acquire a Pre66. Kept on bragging how his Alfa was going to kick our butt, he has since had a change of heart and may actually look for a Ford! Pending time line, finances and assistance he could be on track in mid 2014. 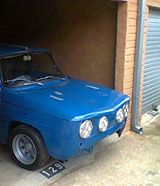 And then there is Philip Pritchard. Philip is not new to historics having run a Perana  Mk2 Cortina a few years back. Philip has prepared for us a Renault R8. Awaiting feedback when “it” will go live!

“EDIT” Another add-on: Shane Venter has promised to add another Ford Anglia to the pre 66 Little Giants line up. I expect that addition mid to third quarter 2014 ……

So desperately wanted to go and test our new differential configuration at the Midvaal Raceway today.

Refusing to get this new fandangled e-toll scrap of the sa government would result in us having to take a longer route. Midvaal Raceway not replying to messages sent via their website. And the final reason, this is where a sponsor could come in handy. Even not for excursions like this, with race entries and fuel covered throughout the year our finances can stretch that little further in turn giving more exposure to said sponsor. Fossa is quite often the ONLY historic racing car at show events.

As for our future plans, there is a very small possibility of Piston Ring Club on the 15th and we may or may not visit Midvaal with some Locost on the 17th. 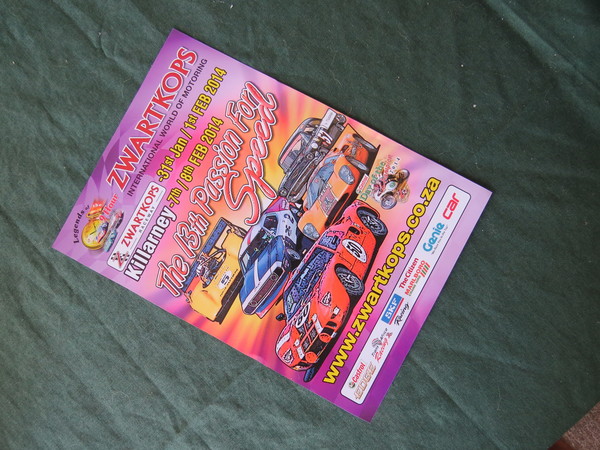