The year is almost over and Fossa is standing outside with her engine stripped. Yet it is not all doom and gloom …….

TEAM tuxracing and Fossa are the 2014 Pre66 Legends, Little Giants Class U Champions!

What will 2015 hold? Who knows? A few immediate experiments in the planning and executing phases. Sidedraughts on the cards, do they work? Some say they will some say they won’t.

It’s like talking about oil ….. this is getting so boring. Went to buy some spares for our Cortina at a local spares shop. The oil discussion comes up. FRIGGEN HELL, that almost lead to a old fashioned bar fight! And I assume everybody there was sober. Our Castrol Edge served us well in 2014. The oil was not the reason for the valve breaking unless Castrol Edge can suddenly dissolve valve stems. Quite frankly, this oil thing is getting a bit boring. It is pretty much the same with parts, use this big end bearings ….. no that is rubbish, use these …. no use these. The same can be said for anything else on a car. Everybody have their own preferences and opinions and their opinion is the only one that counts.

As I said before, collect information, combine and then use what you can to the best of your ability. Yes, it has been a year of learning, on the track and off. I think a lot of success on the track was due to some gained confidence in Fossa’s capabilities. 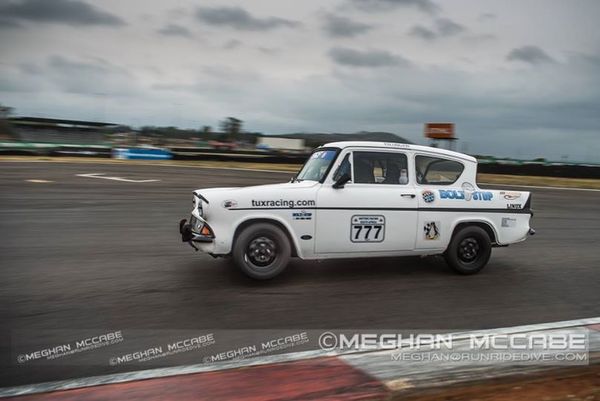 Currently Fossa’s sub assembly is taking shape, everything spotless clean, new 290° camshaft and cam followers, crankshaft supplied by Cameron McLeod machined to 10″ fitted with bearing clearance to specification. It is getting there, next challenge, a matching set of conrods …….. Have a few a spares …… Need to match a set.

Our provision schedule is as follows:

We might do a Phakisa and we “planned” to do Dezzi’s. Originally there was talk of Dezzi’s in September 2015 and that would have allowed time to save to that target. With it being in April however put it out of our reach, see you Natalians in 2016!

What else? Maybe a few Super Traxday stints. Maybe try and enter another 111 Sports and Saloons at an Extreme Festival. And if time and funds allow, attend a few other events as speccies!

Till next time, cheers!